Jane and Tim turned to London Egg Bank when they were told Jane was in full menopause.

Like most people, I never imagined that I would end up using an egg donor; it was the kind of thing I read about in magazines but assumed would never be relevant to me.

I was older when we started trying to have a baby, but it was still a shock when tests showed that I was fully menopausal. It was clear that donor eggs were our only option. In a way, whilst it was hard to come to terms with the loss of my fertility, having very limited options made the decision easier.

We had one round of treatment in Spain, which was unsuccessful and then decided to try again closer to home. This brought us to London Egg Bank and London Women’s Clinic. I felt more comfortable being able to select our own donor - it felt like too big a decision to completely hand over to someone else, as had been the case in Spain.

Choosing our donor was both exciting and a bit unreal. I had been worried about the idea that I might have a baby who didn’t look like me. However, in the end, we chose someone who wasn’t a perfect match for me physically, but with whom we felt we had things in common. I felt more comfortable with the process feeling that I had some sense of what my donor was like.

Thanks to our donor, we now have two beautiful children, a son and a daughter, born 20 months apart. I feel that these two are the children I was meant to have and I can’t imagine my life without them. Now I could never wish for things to have worked out differently, as any other route wouldn’t have led to them.

I guess the question that plagues anyone that goes down this route is “but would the baby feel like mine?” I agonised over the pros and cons before deciding to go down this route, and I had a few sleepless hours once I was pregnant worrying that I might reject my baby when it arrived.

“I felt deeply bonded to both of my babies from the moment I knew I was pregnant and I have always felt that they are fully mine."

We will be completely open with our children about their story and have already started talking to our little girl about it, even though she is too small to understand. We want her to feel that she has always known. We also want her to know that there is no shame attached to her conception, that she was very much wanted and that she couldn’t be more loved.

I feel real affection towards our donor, although I know very little about her. Now I have my children, I know that if they want to make contact when they are older, I will fully support them. I hope that at some stage I can thank her - she has given us the most precious gift and brought so much joy and love into our lives. 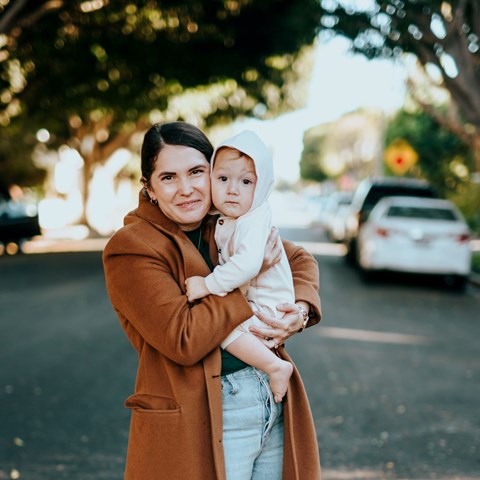